Home / Health / 5 foods to absolutely avoid during your pregnancy

5 foods to absolutely avoid during your pregnancy 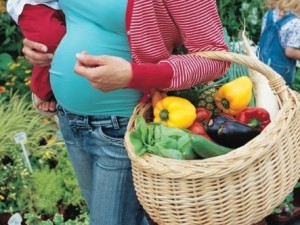 During pregnancy, there are numerous recommendations of what to eat and what to avoid.

Sometimes these recommendations can be contradictory and confusing.

We have listed for you 5 aliments to snob absolutely during your 9 months pregnancy.

These small fresh bites look harmless…and yet! Sushi are 90% made of raw fish.

They can contain the bacteria listeria which is benign for the pregnant woman but dangerous for the baby (abortion, premature birth).

In fact, all soft cheese with white rind, contain the bacteria listeria.

So you can replace this cheese with hard cheese; and don’t forget to get rid of the surface.

It’s true that oysters are the star of shellfish: rich with minerals, zero calories, they are irresistible.

However, they are raw and they carry the risk of listeriosis.

Hence, you can eat instead other shellfish fresh and cooked such as: shrimp, scallops, and mussels.

These aliments can also be dangerous for your baby. Don’t worry, you can still replace them with cakes, cookies, pies…

A recent study has shown that soya based products contain phytoestrogens which can disturb your baby’s hormonal system at adulthood.

Until now, there is no official recommendation to avoid soya but it is better to remain careful.