Does caffeine really affect your sleep? 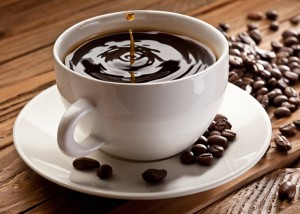 I’m sure that most of us here start our day with a steaming cup of caffeinated goodness. It makes keeping our eyes opened in the morning less of a chore, and the bitter-sweet sensation when it sits on your tongue is pretty damned good. Yes, I too, am involved with this lovable beverage.

The media isn’t helping us balance the pros and the cons of caffeine consumption, it’s just piling constant surges of information onto us and we just walk away feeling more confused than before. Is it good? Will it make land me in a hospital or leave me with a free ticket aboard the health train? These are the questions that led me to embark on this journey to find out the truth about the world’s most consumed drug.

What exactly is caffeine?

Caffeine, without elaborating on all its scientific compounds, is simply put, a stimulant. Notice the jitters it gives you when you’ve had a tad bit too much? It keeps you awake, it gives you a short boost of energy when you need it; it makes you more alert, and it also blocks sleep-inducing chemicals from being produced in our brain. Wait, what?

That’s right, caffeine affects the production of melatonin in your brain. That’s why it keeps you awake. That also means if you’re taking melatonin supplements within a 6-hour span of your last cup of coffee, you might as well be throwing the pills into the trash.

Caffeine provides us with an astonishing nutritional value of ZERO. It does nothing for us in terms of health. I don’t want to demean the studies that have been painstakingly conducted when it comes to caffeine and health effects, because I’ve went through a couple of them. But I noticed that the results from all these studies (inclusive of caffeine reducing chances of oral cancer and stroke), the conclusions are speculative. Nothing scientific was explained about how caffeine reduces these risks, just statistics to show that caffeine COULD reduce these risks. So contrary to popular belief, I’m taking the stand that caffeine doesn’t have any positive effect on your health whatsoever.

Caffeine is known to be a stimulant. This is also why you notice yourself feeling jittery and your fingertips feeling a little tingly when you’ve had a bit too  much of it. Caffeine is also associated with being able to cause headaches and dizziness, anxiety, irritability, accelerated heartbeat, sleep interruption, and insomnia. It may not necessarily lead to health issues if consumed in moderation, but feeling the symptoms that I mentioned comes quite commonly when consumed even in reasonable amounts.

How does caffeine affect sleep?

“Drinking a big cup of coffee on the way home from work can lead to negative effects on sleep just as if someone were to consume caffeine closer to bedtime.” – Christopher Drake, Associate professor of psychiatry and behavioural neurosciences at Wayne State University

Studies have been conducted to investigate whether caffeine has any effect on our sleep. The results of these studies have mostly been conclusive, with one study stating that consuming caffeine 6 hours prior to your bedtime can reduce your amount of sleep by over 1 hour.

“Many of us are unaware of the amount of caffeine we consume routinely. Caffeine has an effect on both getting sleep and staying asleep, and the effects may last up to 12 hours.” – Dr Steven Feinsilver, director of the Center for Sleep Medicine at Mount Sinai Hospital.

A study was conducted in 2009 to explore the relationship between caffeine and sleep patterns in rats. The results are applicable to humans since rats share similarities with us. Most scientific studies use rats as substitutes for live specimen. The results of this study established that as the rats consumed more caffeine, their sleep cycles became more disrupted. The rats also had a much lower quality of sleep with caffeine consumption as compared to without. In hindsight, caffeine is known to decrease sleep durations and delay falling asleep.

What should I do about caffeine then?

If you cannot afford to completely cut caffeine out of your life, it’s perfectly understandable and it would be ludicrous for me to ask that of you. But what you should do is monitor your consumption and treat it like alcohol by setting a limit. Driving after a night of sleep deprivation is after all, equivalent to driving after drinking. Although everyone has a different level of caffeine tolerance, I suggest keeping your caffeine consumption to a maximum of 2 cups of coffee per day, with the other criteria being no caffeine after 3pm.

If you do find the need to have an extra cup, here are some substitutes that you can use to limit your caffeine consumption:

Do yourself a favour and keep your caffeine cravings at bay. The potent affect it has on your sleep cycle really isn’t worth that extra cup of coffee or that can of red bull. So for the sake of your sleep-deprived nights, go for a decaf.