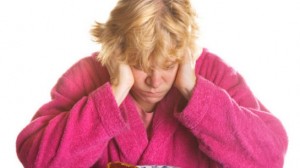 PMS, aside from the relatively future view of the menopausal stage, has been one of the most dreaded moments in women’s life. It keeps on coming and going every month and doesn’t just affect you personally but seemed to threaten work and relationships around you.

And thus, it can be said that it isn’t easy to be female. Women’s body is full of complexity that results to the pre-menstrual symptoms. Some of these destructing and distracting symptoms were experienced in one way or another by seventy-five percent of women includes the following:

These symptoms can be just mild, but if it turns severe, it will need some medical treatment. An even more extreme symptom of PMS has been named as PMDD or the Pre-menstrual Dysphoric Disorder.

These symptoms though can be helped. It can be minimized in severity by several tricks. And these tricks may not include medications. Although medications can be effective, sometimes it may lead into long term problems. Far better options include the right food, the right exercise and the right mindset.

Omega-3 to Help in PMS

Fats are very helpful for women undergoing PMS. This has been found out according to a study published in the Reproductive Health journal. Those who take supplements or pills that contain fatty acids have reduced their PMS symptoms.

The study has specifically given the women with fish oils. The positive result is possibly due to the capacity of the fatty acids to affect hormones and neurotransmitters and even receptors. It even can have an effect on the hormone prolactin which is linked to PMS.

The fish oil remedy seems to be a positive findings since there has been a major look out since then for the possible cure of PMS aside from analgesic drugs, from hormonal drugs, anti-depressant and herbal alternatives.

Another positive thing about omega-3 fatty acids, as pointed out by several studies, has been put into its ability to influence certain conditions that are related to PMS too such as depression, anxiety, inflammation and pain.

Thus, omega-3 no matter how it is sourced may alleviate not only the physical pain, but the psychological one as well.

Omega-3 fatty acids are taken mostly from oily fish sources and from plant sources as well. Supplements such as fish oil and calamari oil are available in drugstores. But diet can also be modified to be able to accommodate the needed nutrients.

Other PMS remedy includes the right diet and the added intake of some specific nutrients. Calcium, Vitamin D and B is crucial in the PMS cure. Those who take in more Vitamin B enriched diet have generally lower risk of PMS. Vitamin B can be taken from spinach, beans and meat.

Calcium on the other hand is taken from dairies but getting skim or low fat milk is recommended. Vitamin D also is recommended and should be included in diets.