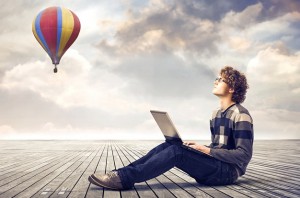 Gone are the days when you had to be a skilled programmer to create an application. Technology advancements have made it possible for just about anybody with a great idea to turn it into a successful app. Nowadays ordinary people can work with developers to create mobile apps. This has opened up opportunities for business minded people who do not know much about the app development process. Even if you are not tech savvy but want to have a mobile app developed, it is important to separate fact from fiction. Here are some common misconceptions that you need to dispel in order to start-off on the right track.

1 – Only Grand Apps Stand a Chance to Succeed

When having your app developed, you may think that it has to be really impressive with features that will blow the minds of your target audience. Of course, there is nothing wrong with creating an app that is attractive, wonderful and unique. But, you have to learn not to overstep your boundaries. There is a fine line between app relevancy and design. Most users are unforgiving and will stop using an app that is rich in aesthetics but lacks in content and efficiency.

2 – After Developing the App, the Job Is Done

This is perhaps one of the most common fallacies about app development. Most people think that once their mobile app is on the App Store, then success will come their way. Launching an app however is just one-half of the battle. Once your mobile app is ready, it has to go through various tests. Good developers will deploy analytics tools to gauge user engagement and make any relevant tweaks during multiple stages of testing. Once your app is ready for business use, you still need to market it to increase adoption rates and retain users. This is not an easy task, as you have to compete with the millions of apps that are already on app stores. To beat this cutthroat competition, you will have to come up with a strategic marketing plan.

3 – Mobile Apps are Designed only for Smartphones

Many people think that the app industry is a gold mine. However, the notion of striking it rich with a great app is nowadays a little farfetched. The thought that ‘If I build a great app, people will buy it’ is misguided. Most of the top apps are actually free. Other common misconceptions about monetization include:

Get to know what kind of in-app purchases are users in your target audience buying. Find out what motivates them to buy mobile apps outright. It is important to do your research on how other apps in your category monetize so that you can maximize your return on investment (ROI).

In conclusion, remember to avoid the app development misconceptions listed above and you will be able to take your app or idea to greater heights.

Taylor Fraser loves to turn ideas into apps and has several apps to her name. She is also a contributing editor and writer for XDESIGN, a mobile app development firm based in Edinburgh.

Previous Who Pays For Car Damage After An Accident?
Next 4 Considerations When Trying To Divorce Your Mortgage