Home / Money / Is Bankruptcy the Answer?

Is Bankruptcy the Answer? 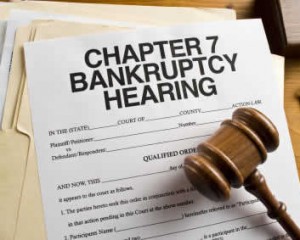 Are you unable to repay your debts as they become due? Thinking about filing for bankruptcy? You are not alone. Between September 2012 and September 2013, there were a total of 1,107,699 filings. Bankruptcy is designed to give a debtor a fresh financial start under the safeguard of the bankruptcy court.

The decision to file for bankruptcy, however, should not be entered into lightly, as a bankruptcy will negatively affect your credit rating for as many as ten years after you file. Additionally, bankruptcy is not a total solution to your financial woes. Some of your debts will remain in place even after a bankruptcy filing. Therefore, it is important to understand what options exist for filing bankruptcy and to distinguish which of your financial problems a bankruptcy can and cannot solve.

What Types of Bankruptcy are Available?

There are a variety of types of bankruptcies, each named for its chapter in the Bankruptcy Code. Every type of bankruptcy will not be appropriate for every situation. The most complex bankruptcy, Chapter 11, may be filed for by individuals, but is overwhelmingly filed for by businesses in financial distress. There is also a Chapter 12 bankruptcy specifically for farm owners. Both Chapters 11 and 12 are outside the scope of this article. Rather, the focus lies on the two most common forms of bankruptcy that apply to the individual – Chapter 7 and Chapter 13.

So…Which Bankruptcy is Best for Me?

The general idea of a Chapter 7 bankruptcy is that the debtor turns over his assets, or anything of value. These assets are then sold by a court-appointed trustee, who distributes the proceeds from the assets to pay off creditors. Not all assets must be turned over to the trustee. Some assets will be classified as exempt – these assets are unable to be reached by creditors and the bankruptcy trustee may not use these for repayment. Non-exempt assets, however, are fair game for the trustee to sell or turn into money. Every state has its own laws to determine which assets a debtor is entitled to keep safe from creditors (exempt) and which he may not (non-exempt).

Chapter 7 bankruptcy allows a debtor to have his debts discharged, or eliminated. A discharge is an order from the bankruptcy court declaring that a debtor does not have to pay debts that arose before filing. Once the debtor receives a discharge, creditors may no longer attempt to collect debts. This, however, does not necessarily mean that a debtor can eliminate all his debt! A discharge order will only apply to debts that can be eliminated under the law – debts such as alimony, child support, and student loans are not dischargeable.

Under Chapter 13 bankruptcy, the debtor is allowed to keep his assets. In exchange, he repays his debt according to a payment plan over a period of three to five years. The debtor must file a plan with the bankruptcy court detailing how he plans to pay his creditors, and then make the first payment within 30 days of filing the plan, even if the plan has not yet been approved by the bankruptcy court.

Understandably, the debtor’s plan must be feasible – a court is unlikely to approve a plan if the debtor cannot reasonably afford to follow it. This type of bankruptcy requires the debtor to have some source of income. For the period of time as determined by the plan, the debtor will turn over his disposable income to the bankruptcy trustee, who then uses it to pay creditors. Disposable income includes income the debtor makes that is not spent on the basic necessities to live.

The major difference from a Chapter 7 bankruptcy is that, under a Chapter 13 bankruptcy, the debtor essentially gets to keep his assets, whereas in Chapter 7, certain assets are sold and the proceeds are used to repay creditors. Since a house is often the most valuable asset that one owns, most debtors choose to file for Chapter 13 over Chapter 7 to prevent their home from being taken in a foreclosure. Thus, which bankruptcy is best for you often depends on the importance of your assets and your desire to keep them.

Although bankruptcy offers one solution to a stressful financial situation, the bankruptcy process can be extremely complex. The options and consequences should be fully understood before a debtor makes the decision to file. An experienced bankruptcy lawyer can provide valuable advice in helping you decide the best path for your financial future. 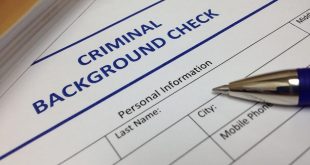