How is the way we use Technology likely to change in 2014? 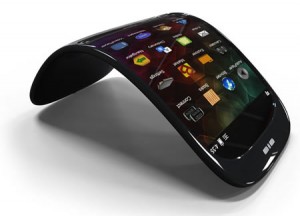 Sometimes, it almost seems like things can’t possibly evolve much more than they already have done while still remaining useful. However, with each year, new developments in hardware and networking change the way we use technology for communication, entertainment and work in ways we never expected before they occurred. If you could have shown someone in the late 90’s who was excited about being able to use Ask Jeeves to search for things an iPad, they would probably have fainted. So, what trends are likely to occur in 2014 that may change the way we use the internet and our tech devices?

The latest consoles, the XBox One and the PlayStation 4, are designed to do a lot more than just play games. Where older consoles could offer you some web capabilities and also allow you to access entertainment apps like Netflix, the new consoles take this to a whole new level and can feasibly be used as a full multimedia entertainment hub, meaning you never really need to go into your TV service provider’s menus again. The concept of switching on your XBox or PlayStation because you fancy playing Call of Duty will be a thing of the past – these are now devices you will want to have switched on and connected to the web at all times. As a result of this, people are also likely to use the messaging facilities on things like Xbox Live more and more, because it may often be the quickest way to communicate with someone if you are both always online through your consoles when you are at home.

Another thing we will be seeing more of in 2014 is the wearable tech device. Watches that connect to your smartphone, or possibly even are your smartphone, are likely to become more popular, and then of course there is Google Glass – internet enabled eyewear. This technology is still in its infancy but is likely to catch on among gadget lovers who like the idea that a watch or a pair of shades can do cool James Bond type stuff as well as looking good. Of course, how successful these items become will depend a lot on styling and whether or not the look is accepted or rejected by the fashion world – it could be a bust if the general consensus is that you look like a loser with your smart watch!

Communication technology and web based entertainment are constantly evolving, and companies are racing to invent the next big thing. While these two trends are based on the growth of existing tech, who knows what amazing new stuff companies like Apple and Google are working on to wow us with over the next 12 months? There has been talk of flexible tablets, and new and interesting ways of using Apple’s new fingerprint scanner in apps, but we will have to wait and see just what the tech giants have up their sleeves for 2014.

The author of this article, Todd Nash, works with TAG, experts in communication technology. An avid technophile, Todd is always looking forward to getting his hands on the latest gadgets to hit the market.