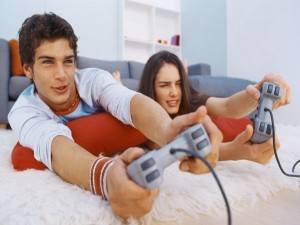 Modern video games are getting closer and closer to reality. But for however realistic these games are becoming, there are always glitches.

We’ve compiled for you what we think to be the top 10 best video games in 2013. If you don’t agree, just drop a comment to let us know.

Call of Duty: Ghosts is a first-person shooter video game to be the 10th main installment in the Call of Duty series, and the 6th developed by Infinity Ward. Ghosts is likely to top the ‘most wanted’ list of shooter fans come this year end.

Thief is an action-adventure stealth video game developed by Eidos Montreal and published by Square Enix. The game was initially announced in 2009 but only came to be officially revealed in March 2013.

FIFA 13 is the most recent edition of Electronic Arts’ association football FIFA video game series. It included new features to the FIFA franchise such as the First Touch Control. New celebrations were also added as a new feature.

The Order 1886 is a forthcoming video game developed by Ready at Dawn and Sony Santa Monica and published by Sony Computer Entertainment. It will be released exclusively for the upcoming PS 4.

Tom Clancy’s The Division is a multiplayer online tactical shooter video game developed by Ubisoft Massive under the Tom Clancy brand. The Division tasks players with saving the world after a pandemic strikes. Players have to restore order to a beleaguered New York armed with a gun and a bag of hi-tech gizmos such as body-heat-seaking grenades and remote controlled drones.

Titanfall is a mecha first-person shooter video game developed by Respawn Entertainment and published by Electronic Arts. It’s Respawn’s first shooter since the studio was formed by the developers who quit Infinity Ward in 2010 is an eye-watering beast of a shooter.

Mad Max is a post-apocalyptic third-person open-world vehicular combat video game based on the film series Mad Max, being published by Warner Bros. Officially revealed at E3 2013 on June 10 during a Sony press conference, not much is currently known about the game other than it will focus on vehicular combat and emphasize the customization of the player’s vehicle(s).

The Crew is an open world racing video game co-developed by Ivory Tower and Ubisoft Reflections and published by Ubisoft. It is expected to release on February 26, 2014. Billed as the next evolutionary step in the open-world arcade racer, The Crew is basically Need For Speed: Most Wanted built to the size of World Of Warcraft.

Ryse: Son of Rome is an action-adventure video game in development by German studio Crytek. Players take on the role of a commander in the Roman Army and and juggle visceral swordplay with the ability to marshal and command their squad.